Ubuntu 10.04 Lucid Lynx is just around the corner

Yesterday beta of Ubuntu 10.04 was released. Its code name is Lucid Lynx.

I decided to give it a try even if it's unstable. I upgraded my old desktop computer which was still running Ubuntu 9.04.

I didn't install it from scratch with CD but I upgraded it with update manager instead. I needed to run it with a '-d' switch:

The only problem I faced was about nvidia graphic card drivers. Update manager didn't manage to upgrade them. It's a known issue as I wasn't the first reporting this bug.

I handled it by removing all nvidia packages in the first place. Later I run the update manager once more and installed the drivers after the reboot (System -> Administration -> Drivers).

Ubuntu is refreshing its brand. You can see it mainly in the new look and feel of Gnome desktop. As a KDE user I admit that Gnome looks much better each time I see it. I will give it a try for a while. If it meets my functional and usability requirements I will stick with it.

I didn't manage to test the two other hot features yet. Firstly Ubuntu got a better Social Media integration with twitter, facebook and others. We can access it from the top panel now. Furthermore we can sync our files with Ubuntu One and soon it's going to be possible to buy music in Ubuntu One Music Store. Sounds promising!

Living on the edge

Ubuntu 10.04 is in beta state now. It's a version for people who like living on the edge and testing the new things. It's better to NOT install it on your workstations. Stable release is planned for the end of April. 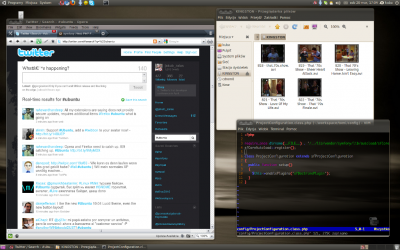 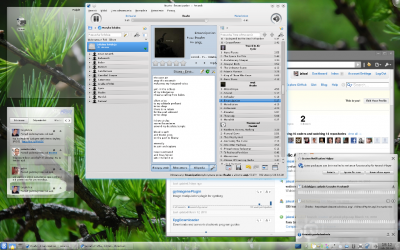 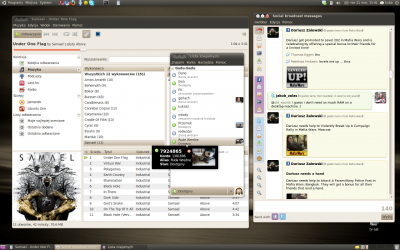