While preparing my talk for the SymfonyCon in Warsaw (Symfony components in the wild), I realised it would be nice to show what's the adoption of Symfony components. So I wrote a crawler to gather this kind of data from packagist.org and shared it on the conference. This article presents my findings. 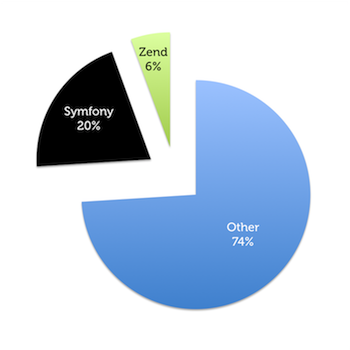 The table bellow shows a total number of projects found on packagist.org, which indicated a dependency on either one of the components or the whole framework. I looked for dependencies in the require, require-dev and suggest sections.

Zend Framework is included for comparision, as it's the only other framework I could think of, which is also built in a modular way (kind of).

There's also 112 packages depending on both Symfony and Zend Framework.

The chart below shows the adoption of components alone. I only included direct dependencies as given in composer.json. The numbers don't include indirect dependencies. For example, Laravel depends on Symfony, but a package which depends on Laravel won't be accounted here, unless it also indicated a dependency on one of the Symfony components. 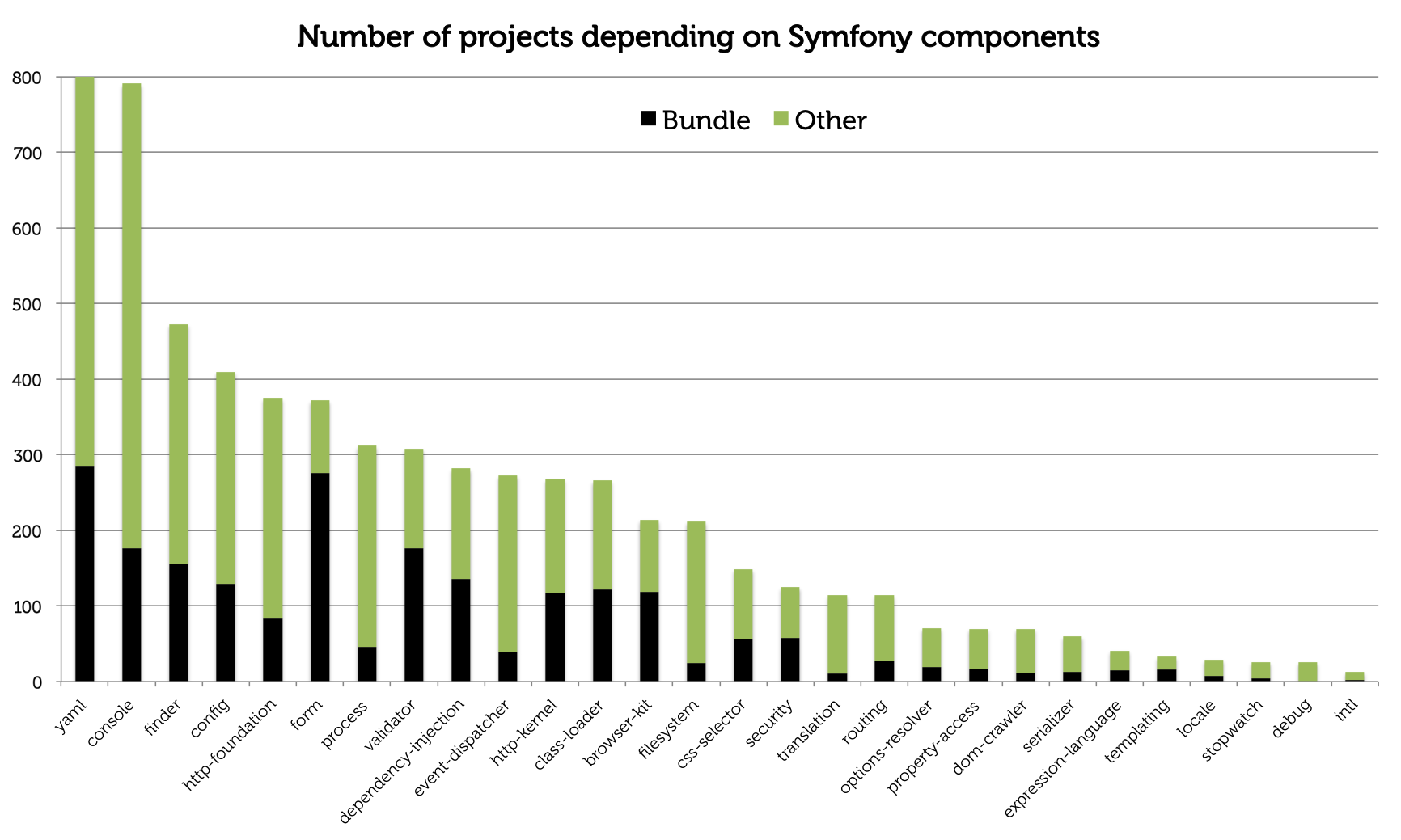 As you can notice, the yaml component is the most popular one. I guess it shows that there's a need for a natvie yaml support in PHP.

The second place is no surprise either, as the console is one of the most useful components that can be leveraged without the rest of the framework.

Detailed numbers can be found in the table below and here are the results of crawling: results.csv.